The End of VPN?

When will it be impossible to access Netflix though VPN service? Big Media are calling for the ban on privacy services, because foreign users are accessing the US product rather than the local, generally inferior, services., Streaming service Netflix is the prominent example, but sports programming is another large market segment where the practice can be found.
The legal VPN option makes it possible for me to watch US Netflix in Canada, like many in other countries where choice is more limited. 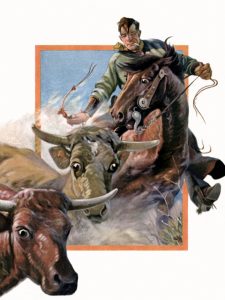 Keep on this side of the border, Dammit!

Australia is estimated to have up to 200,000 people using the U.S. version of Netflix. That same VPN service allows a user to see blacked out sports programming from their local area, while paying fees locally for access.
Netflix does have restrictions in place, bypassed with a cheap VPN subscription. To keep these users out of the US product, Big Media are now lobbying for a global ban on VPN users. Eliminate a whole service, of tremendous value, to satisfy their restrictive, parochial view of the digital landscape.

The distributors and other rights holders complain&nbsp;that they are being deprived of licensing fees, but in general the Netflix user accessing Netflix is already their paying customer, simply wanting a better deal.
The concept of licensing that is not universal, worldwide is the real issue.
It is in everyone’s interest to create a simplified licensing system, based on paid, universal access.